The lands of Central Asia seems so empty these days. Driving along, you see the grass plains stretch out with the only movement herds of grazing sheep and horses or long grass bending from the wind. Towns are far between and sometimes they’re so small that you only realise you’re in them as you’re leaving. Mountains often provide either a backdrop or a foreground – beautiful but foreboding. Especially when you think about how many people have passed through this region throughout history.

For centuries, these lands connecting China, the Middle East and Europe, through countries like Kazakhstan and Kyrgyzstan, were the superhighway of international trade. Caravans of goods travelled in all directions, carrying wares to be traded. Necessities or luxuries, they created a moving market that entire economies relied on.

To support these traders, settlements sprung up. Some became cities that still exist today  – like the city of Osh, estimated to be more than 3000 years old. Others have disappeared completely. And some are in ruins. One of these is Tash Rabat, a mysterious site in Kyrgyzstan. 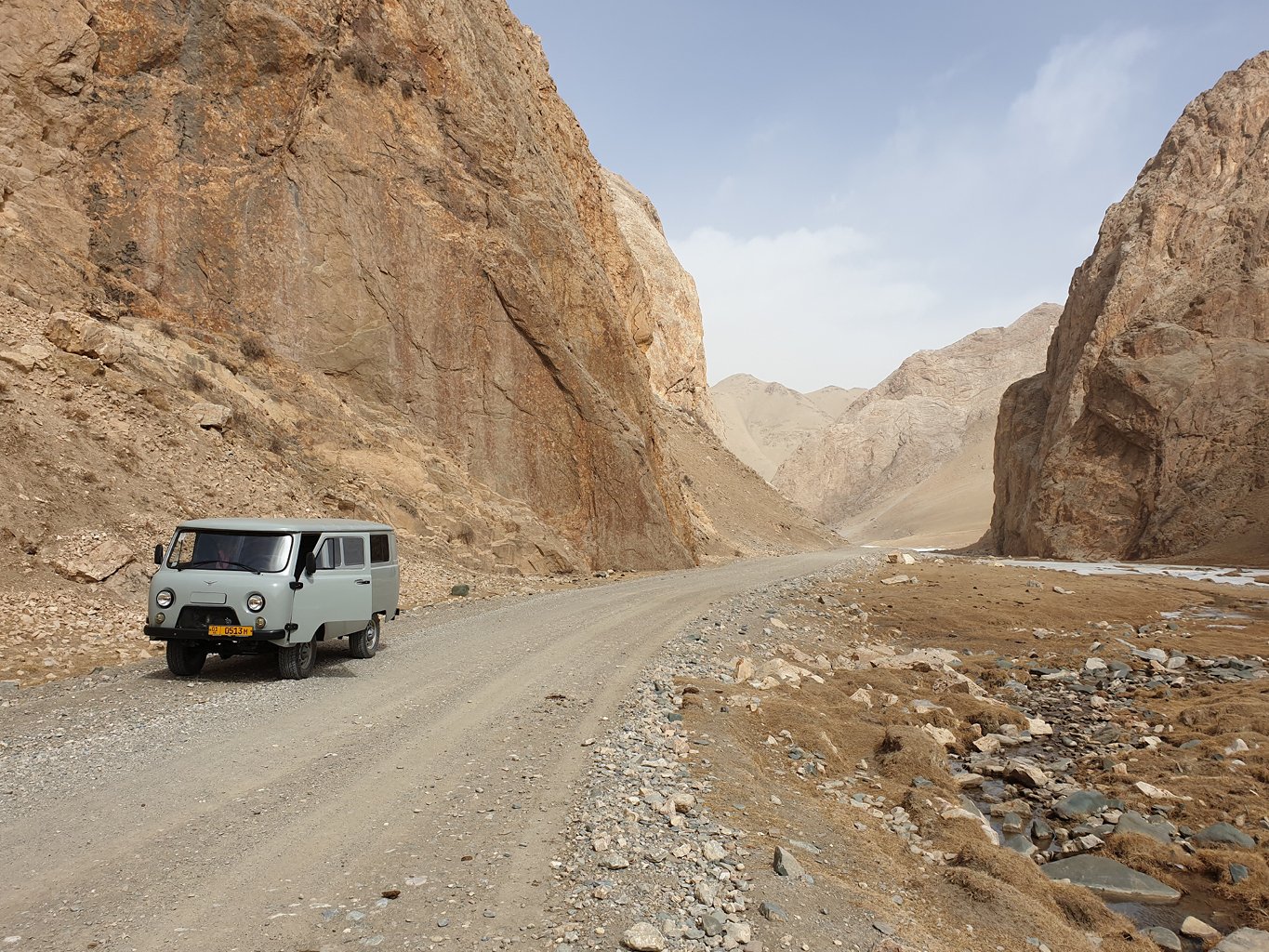 More about the ancient Silk Road:

The last caravanserai before the endless Taklaman Desert.

Tash Rabat is what is known as a ‘caravanserai’, the name given to a sort of roadside inn where travellers could stop for the night or a few days to rest. They catered for both the humans and the animals that were travelling along the Silk Road and, as well as having accommodation and food facilities, often provided some opportunities for trade and religious rituals.

Archaeologists don’t know for sure either. They believe the location was used as a resting place for traders from about the 1400s but there’s also evidence that a Christian monastery  – Nestorians – may have been there from as early as the 900s. That could explain the odd layout – perhaps the travelling merchants just adapted an existing structure.

These days, the Tash Rabat caravanserai is in the middle of nowhere Kyrgyzstan and, it’s so empty around, it’s hard to imagine a thoroughfare of commerce passing through here once upon a time. 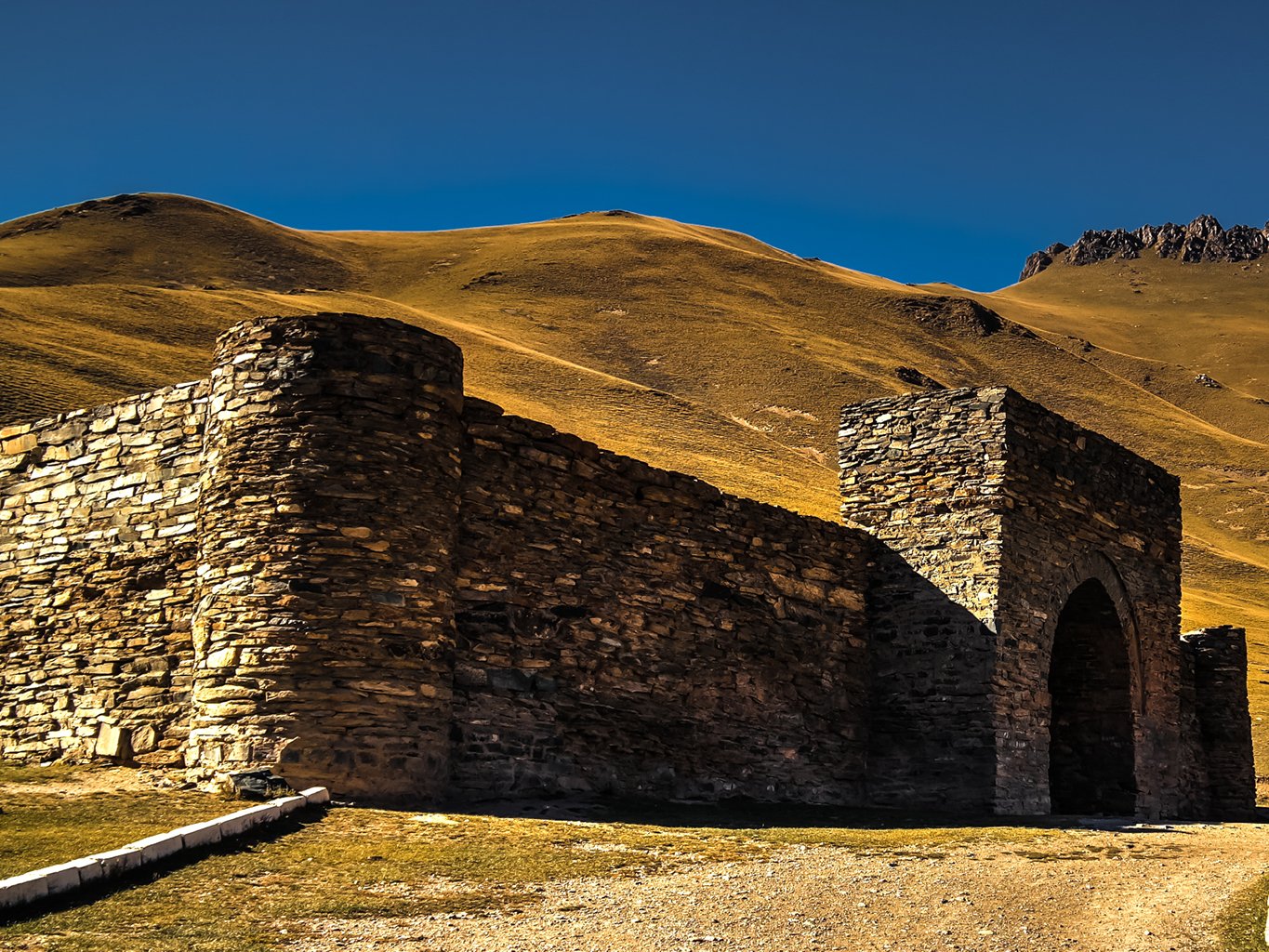 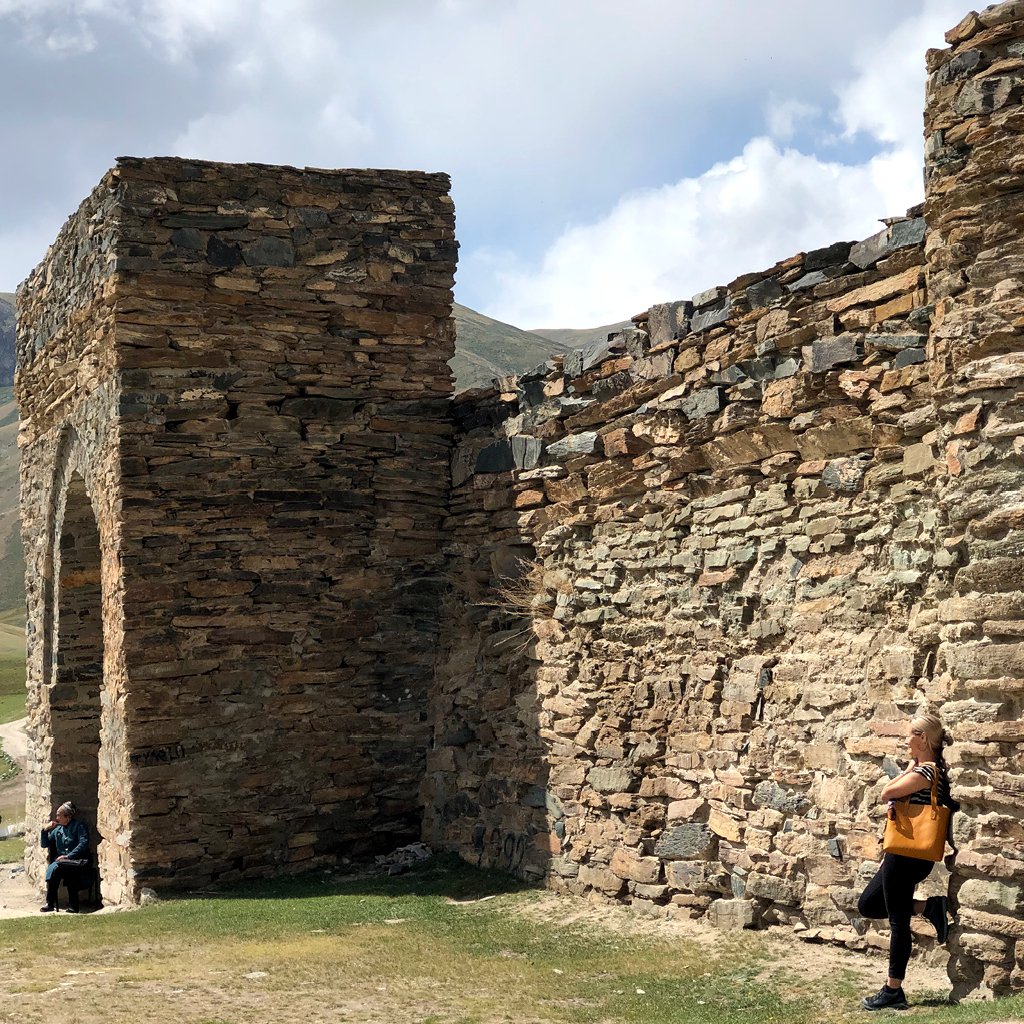 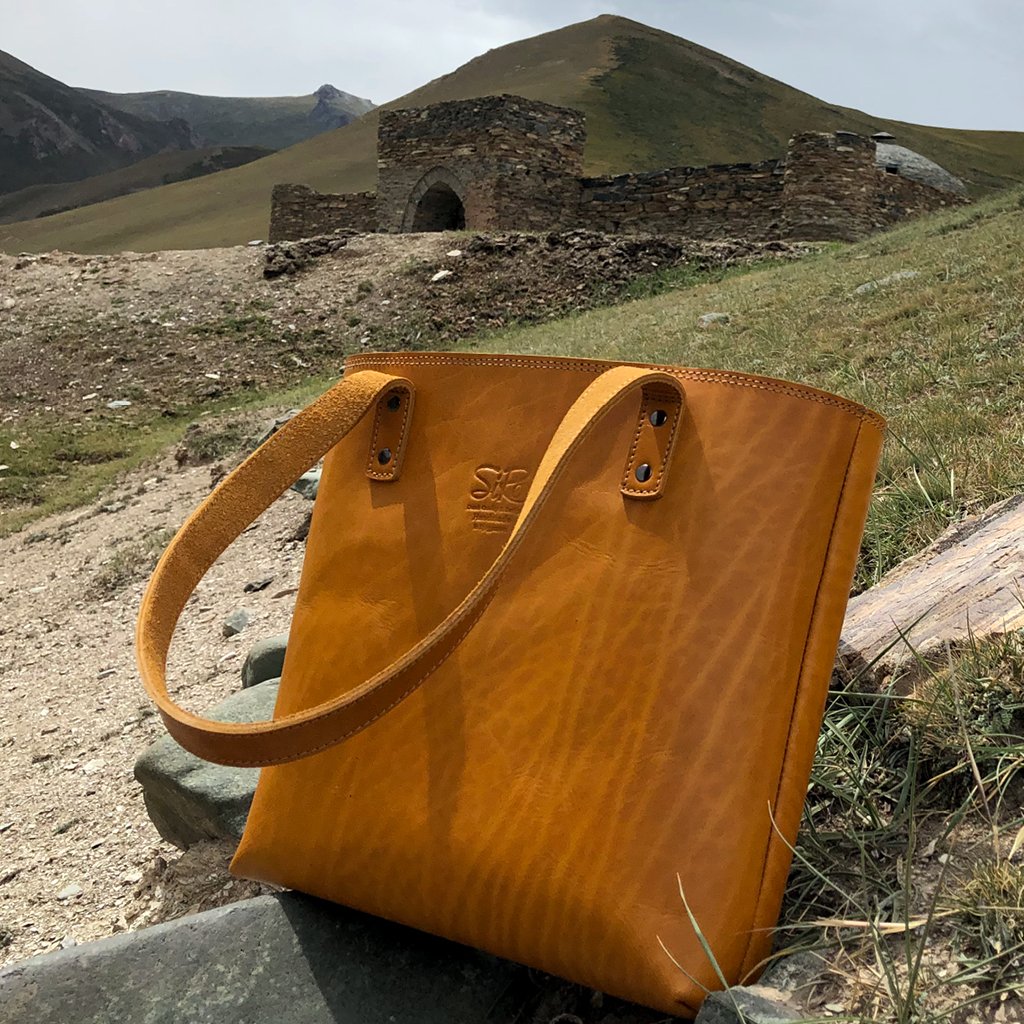 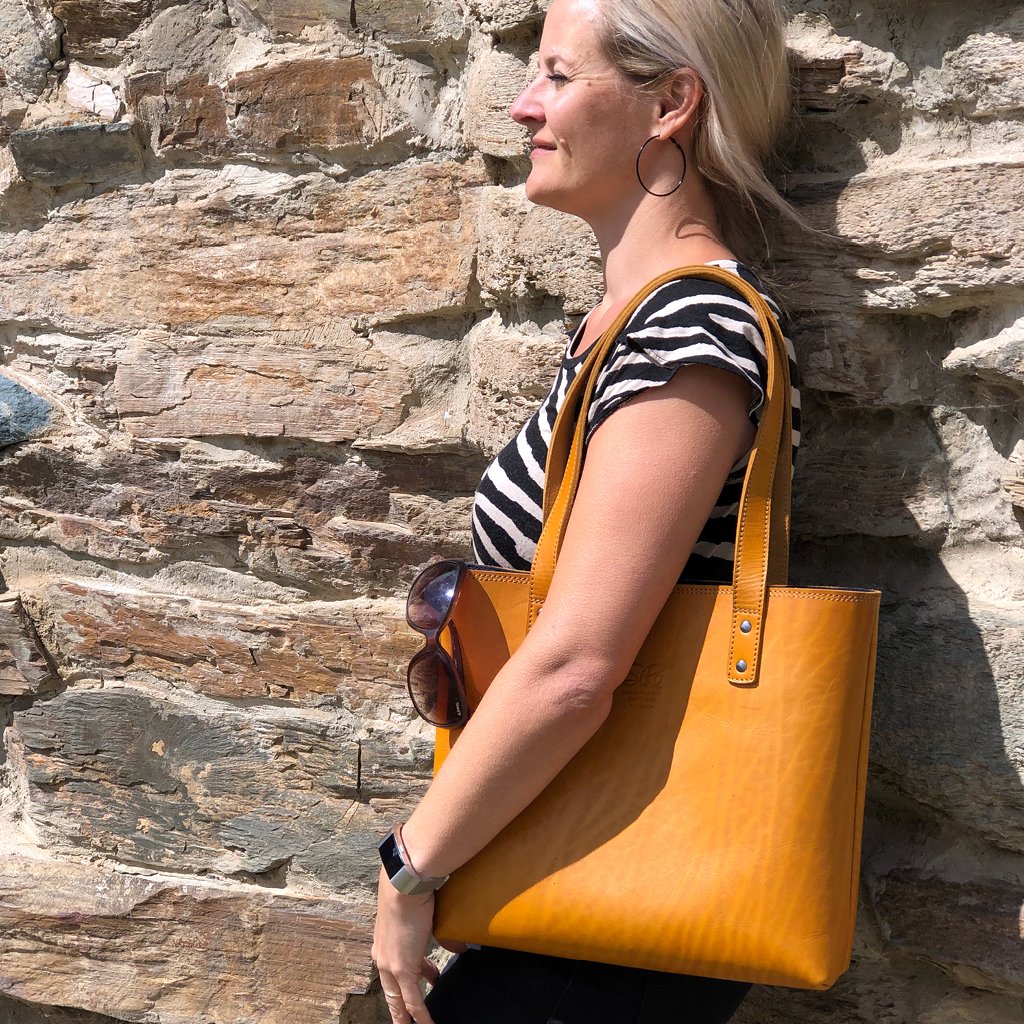 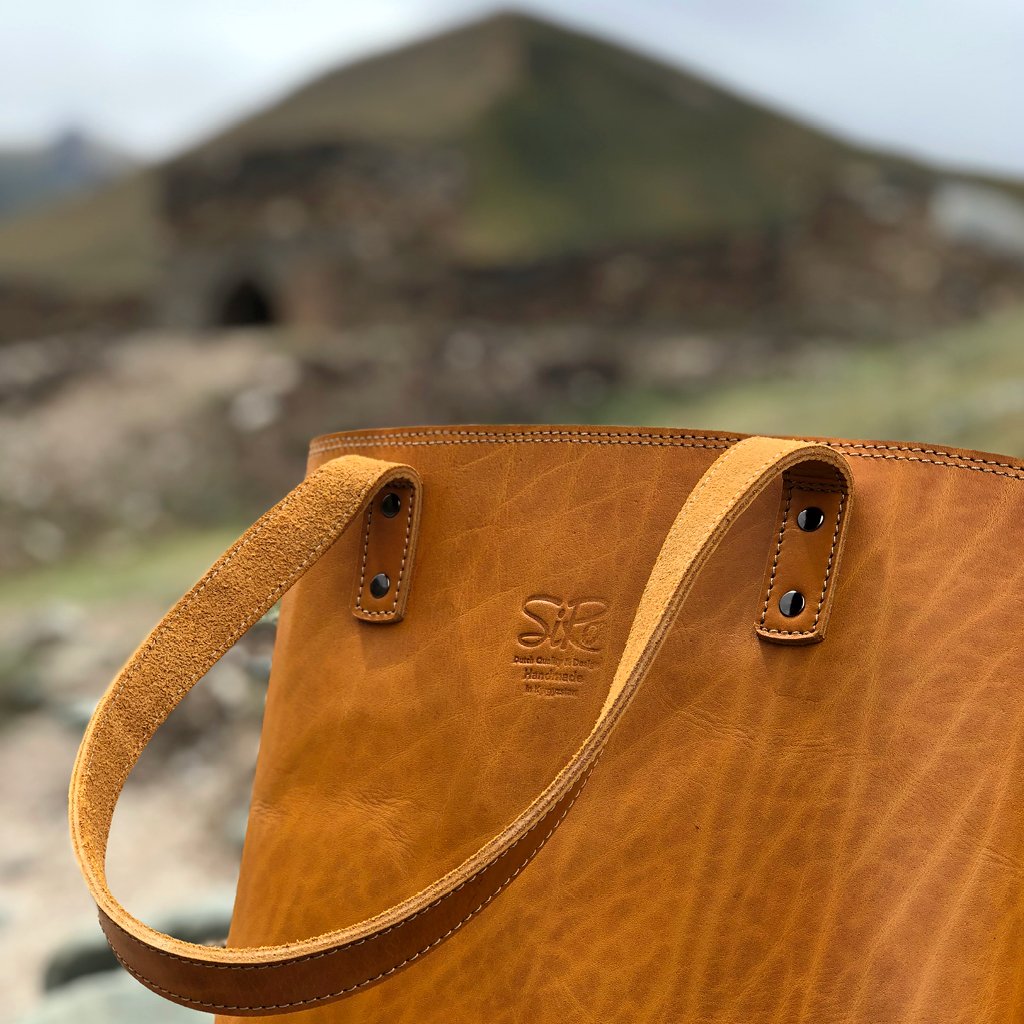 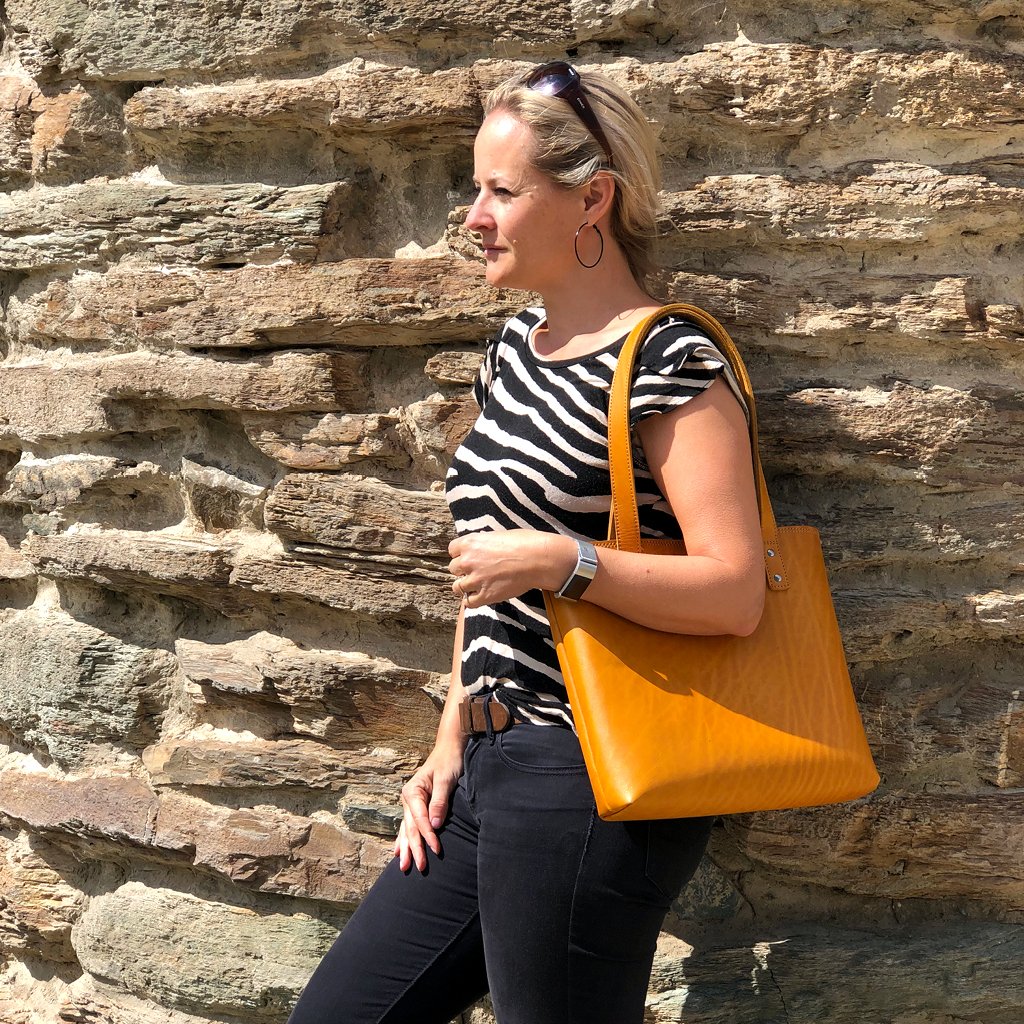 This ancient ‘Inn of Stone’ stood the test of time. It inspired us to make this timeless bag Collection of Tash Rabat!

Regarded as one of the toughest places on planet earth.

One of the world’s largest deserts, the Taklamakan, is located in the northwest region of modern China, in Xinjiang Province. There are oases located on two routes around the desert that served as important trading spots on the Silk Road. They joined up at Kashgar to head into India/Pakistan, Samarkand and Bactria.

Large lakes, including Lop Nor and Kara Koschun, have dried up, so over the millennia, the area of the desert has increased. It is far from any ocean, and so hot, dry, and cold, by turns, with shifting sand dunes covering 85% of the surface, propelled by northerly winds, and sandstorms.

The name says enough, in the Uyghur language, Taklamakan means:

“You can get into it, but can never get out.”

We are not sure whether or not the translation is accurate, but the label fits perfectly such a large, hot and dry dangerous place for humans and most animals. It’s no surprise this desert is regarded as being very powerful among the people.

There was an interesting legend about its origin. It was said that there was a Supernatural Being, who saw the hardship being faced by the people in this area and thought that he could help them by using the two magic objects in his possession namely the golden axe and the golden key. He gave his golden axe to the Kazakh, so they split the mountain Altai and diverted water from the mountains to the fields. The Supernatural Being planned to give the golden key to the Uygur so that they could open the door of the treasure-house of the Tarim Basin, but unfortunately his youngest daughter lost the key. This angered him so much that he held her a captive in the Tarim Basin and thus the Takla Makan Desert was formed. 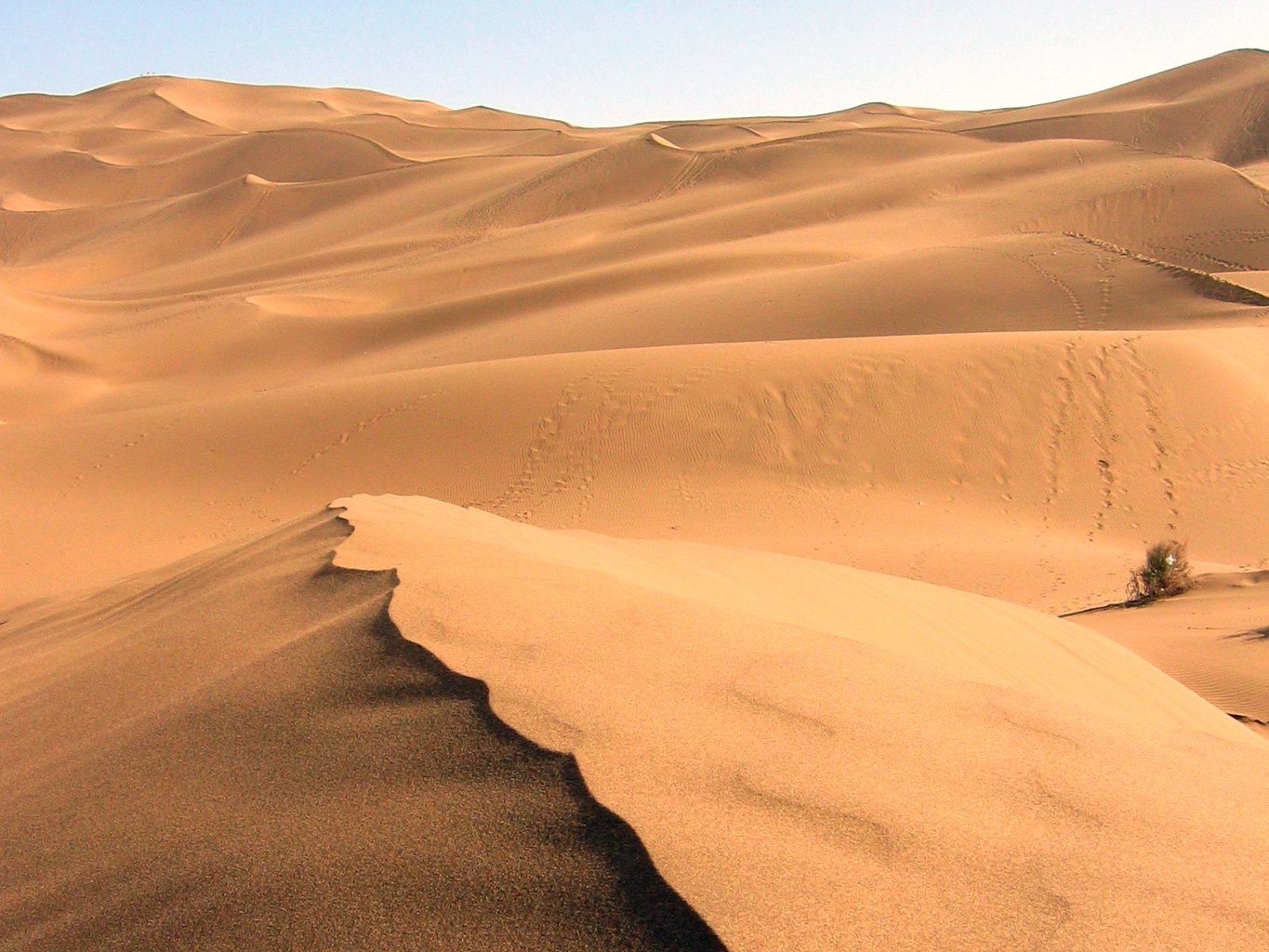 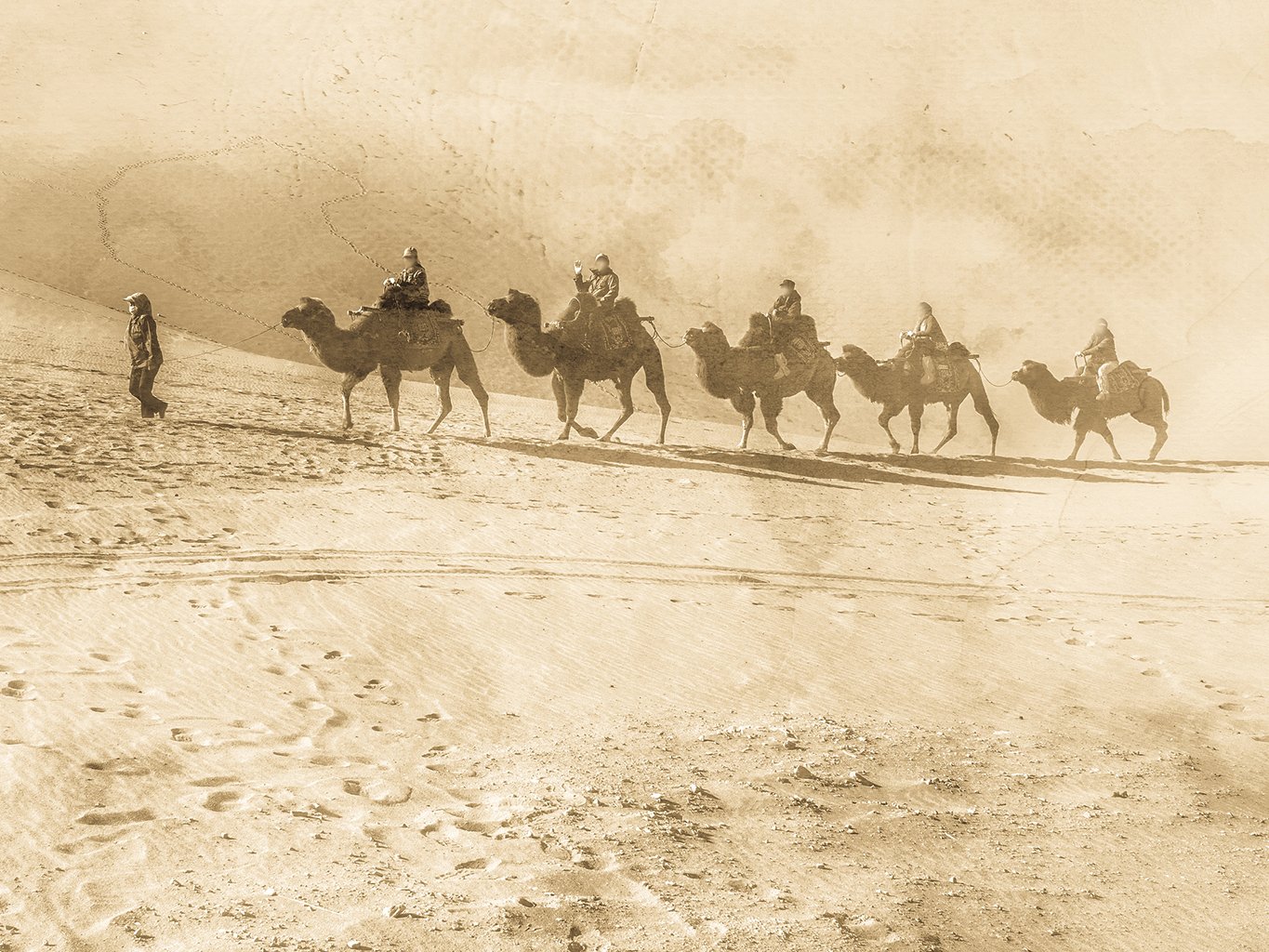 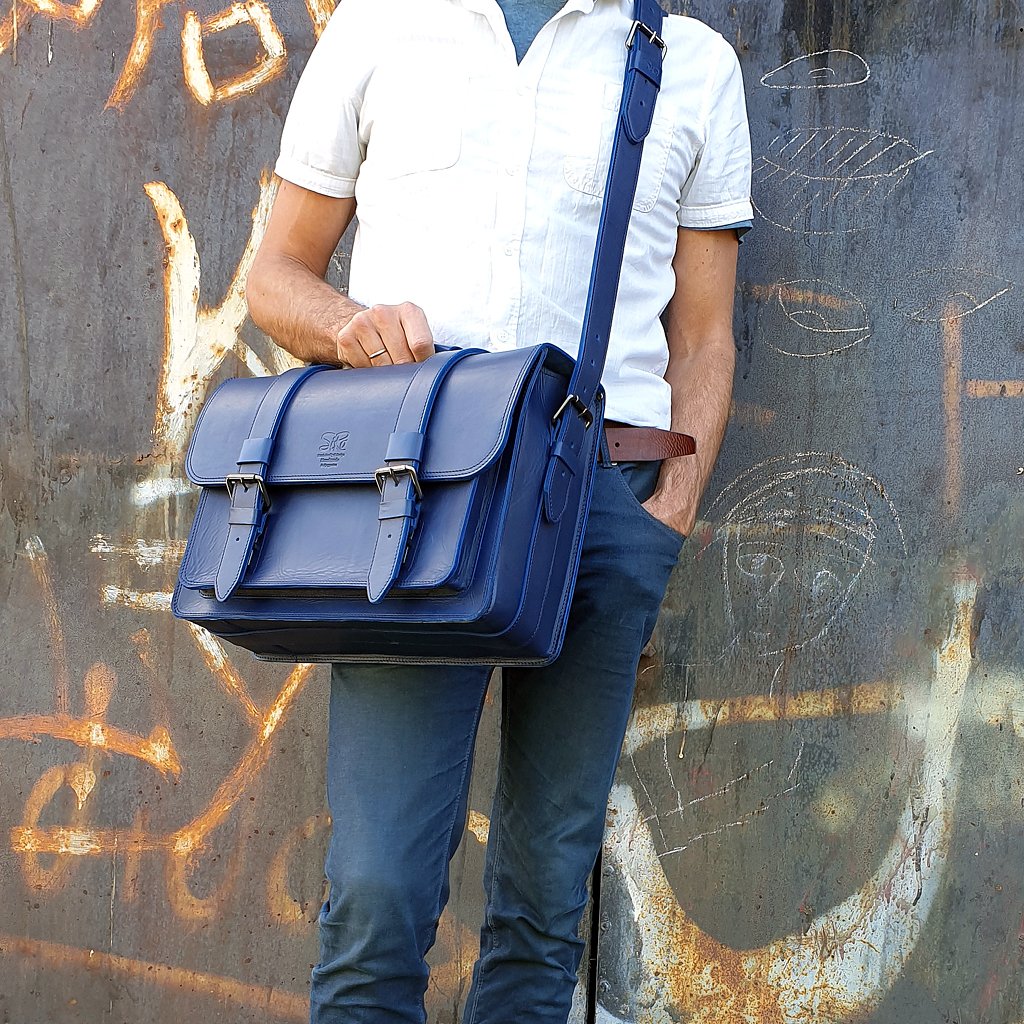 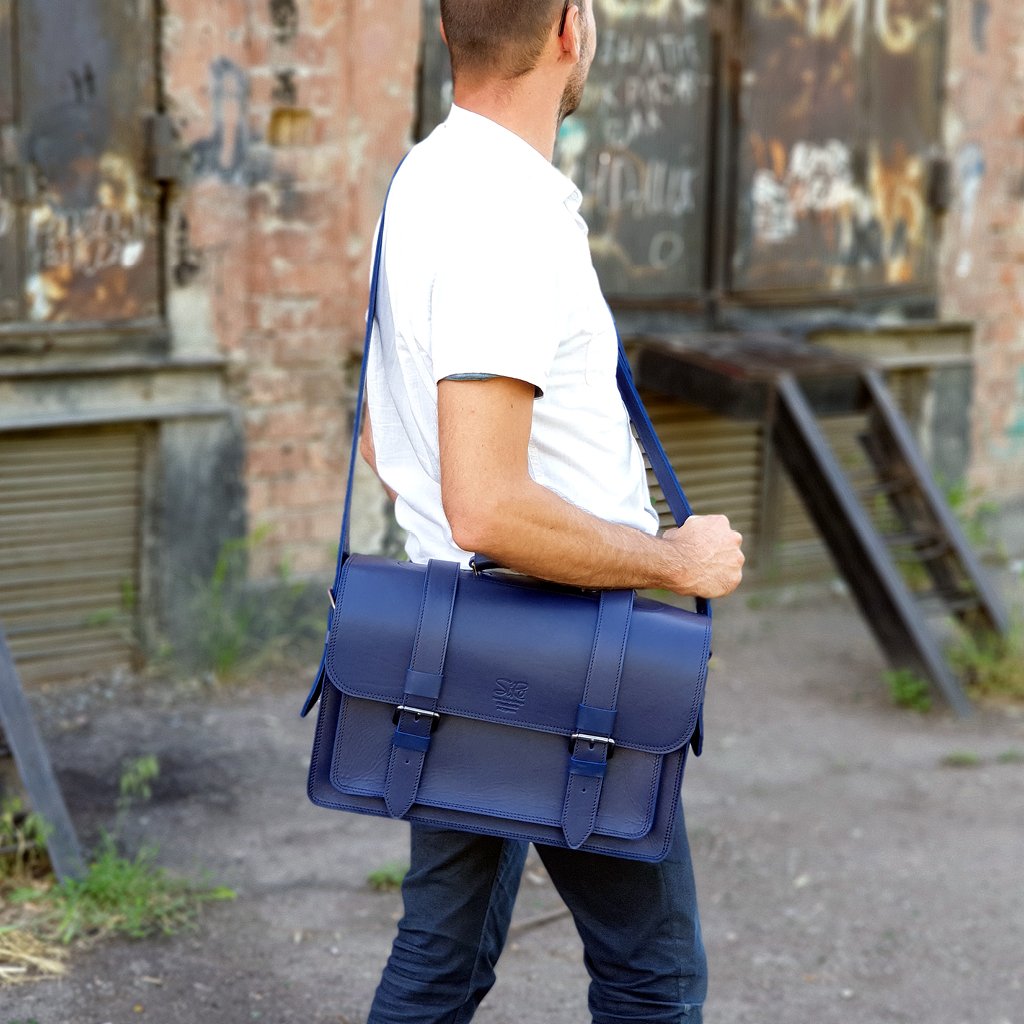 To conquer deserts – or the concrete jungle of a city – we designed this serie of solid messengerbags.

Only for the toughest Urban Nomad! 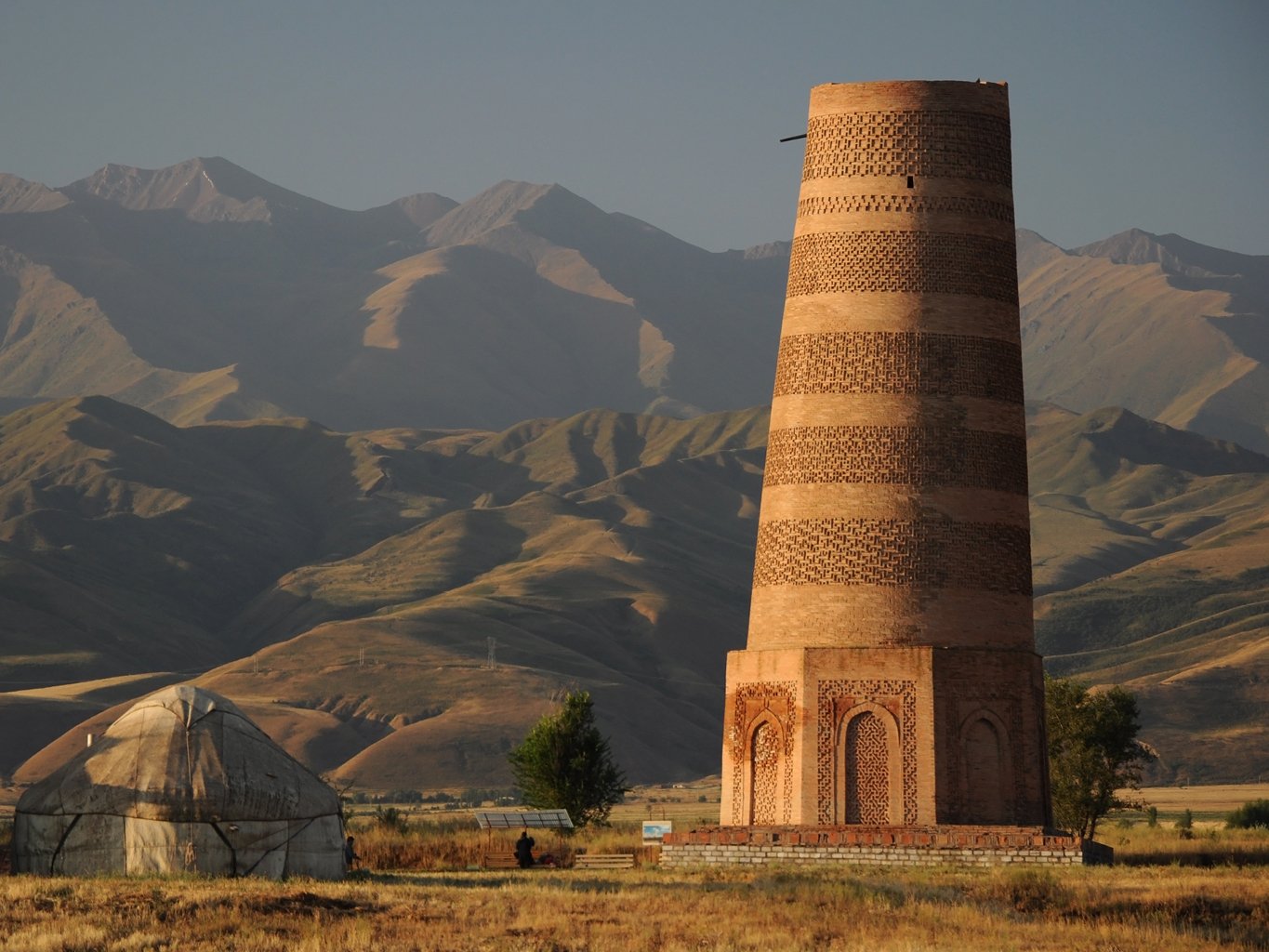 Once a vibrant city, located on a super highway of international trade.

Today only the ruins are keeping these old memories alive – of a city that once welcomed those Silk Road caravans, with his travelers and traders.

The Burana Tower is a large minaret in the Chuy Valley in northern Kyrgyzstan. It is located about 80 km east of the country’s capital Bishkek, near the town of Tokmok. The tower, along with grave markers, some earthworks and the remnants of a castle and three mausoleums, is all that remains of the ancient city of Balasagun, which was established by the Karakhanids at the end of the 9th century. 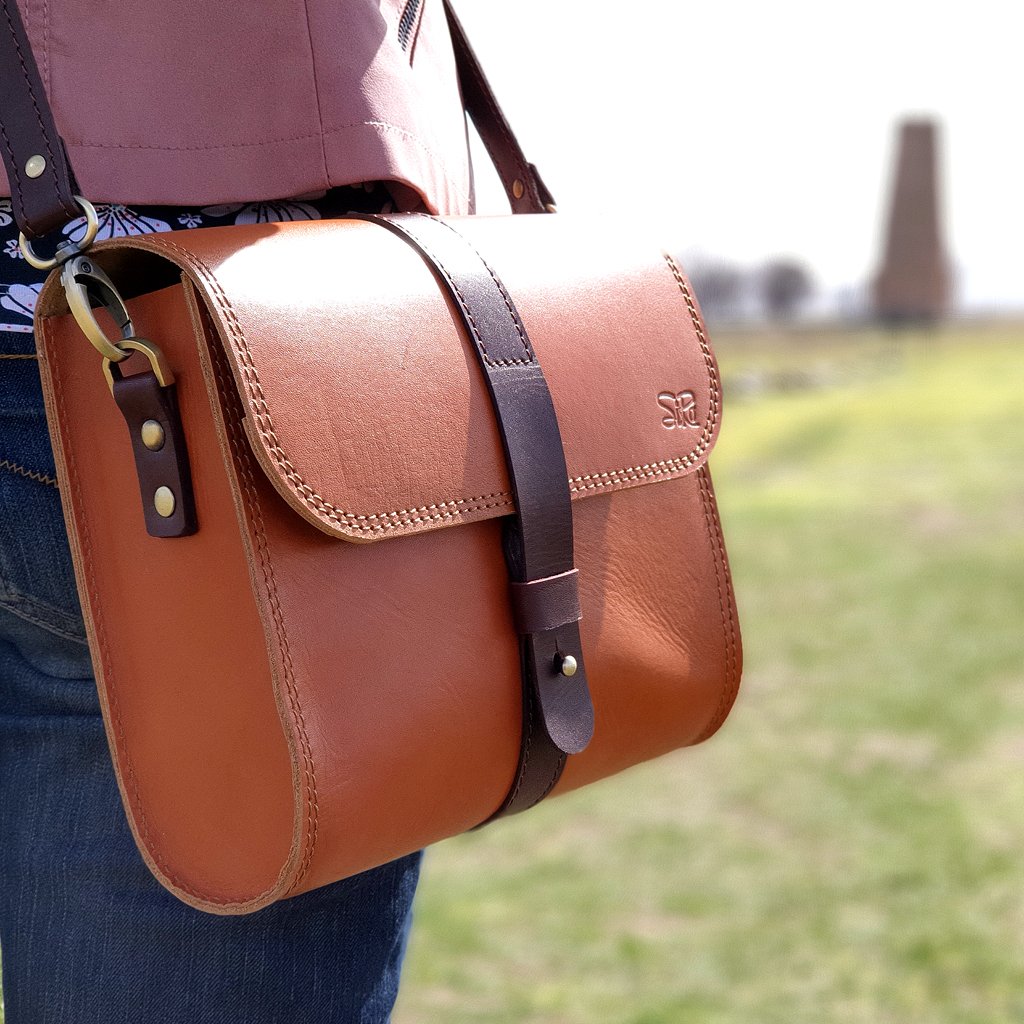 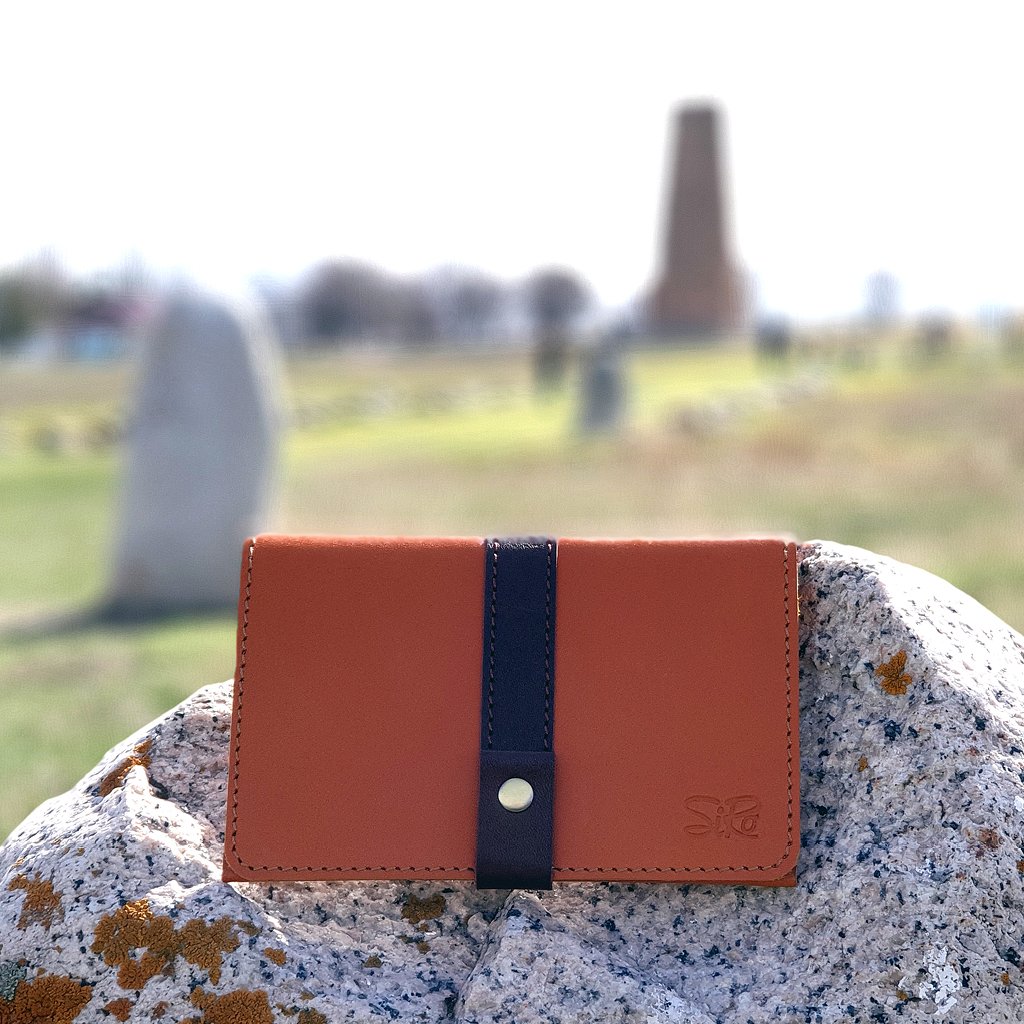 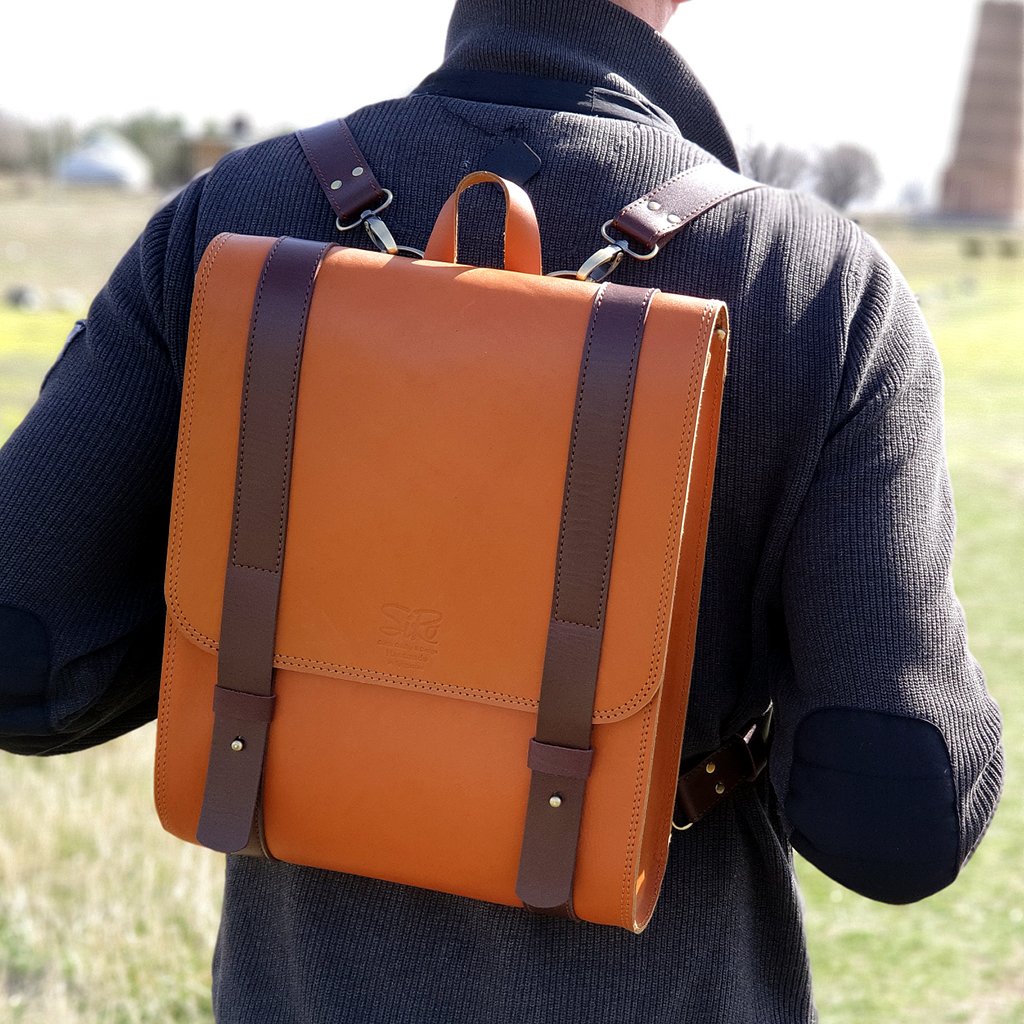 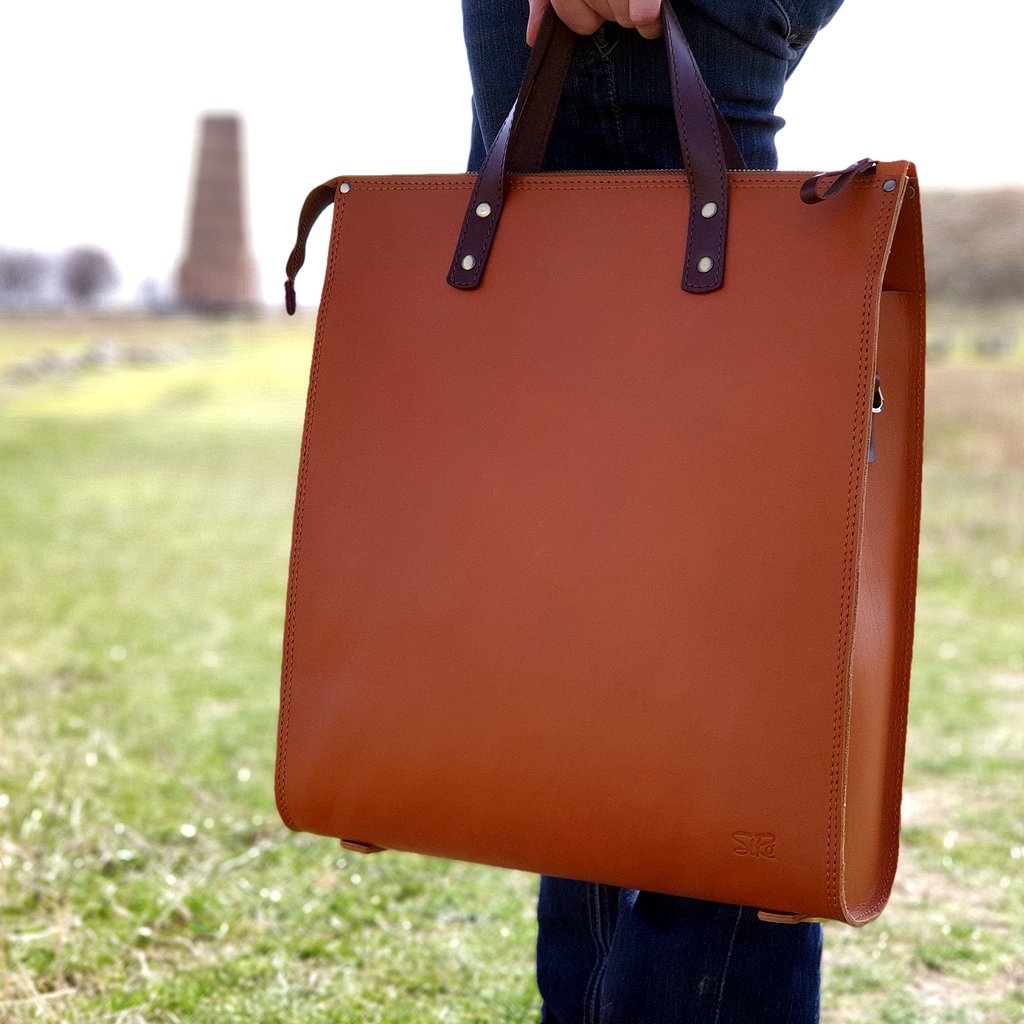 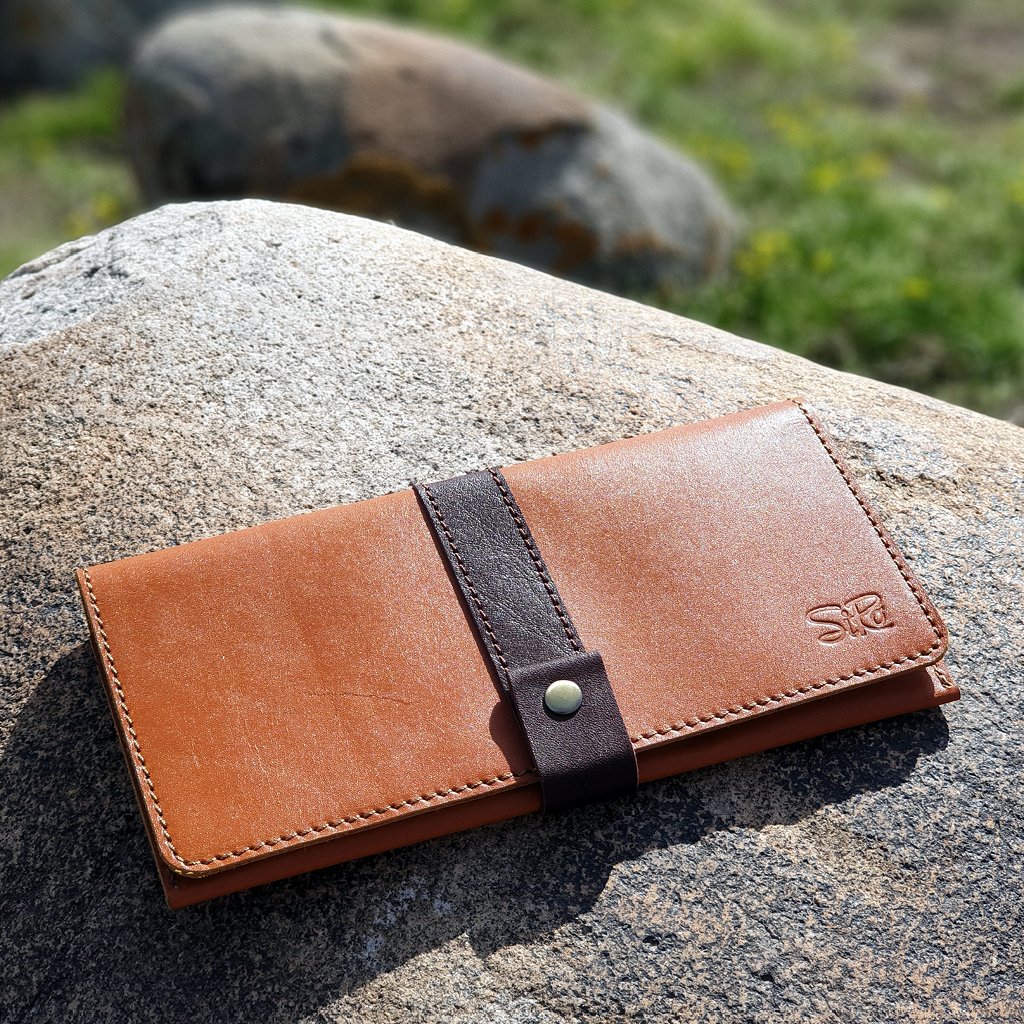 For modern-day travelers and Urban Nomads we designed the Series of Burana!